Cigarette smoking is rather frowned upon in social circles currently. Gone are the days when having a cigarette in one hand and a beer in the other made you look cool and collected. Now, standing outside a restaurant with a cigarette often means you are standing alone instead of with a group of smoking buddies. Gatherings of executives no longer include making deals in a room hazed over by lingering cigarette smoke. Times have indeed changed. Unfortunately, quitting smoking is a lot harder than it looks. E cigarettes are a great way to help you make the transition.

An electronic cigarette uses heat and glycol to create a vapor that feels and tastes like a cigarette, but contains little to no nicotine. The cigarettes look real, but don’t actually make any smoke or release any of the odors that have caused them to be banned from many public areas. With the help of a premium electronic cigarette, you can slowly wean yourself off of cigarettes and remain an active member of your non-smoking social circle. It’s a win-win, and a very healthy choice. 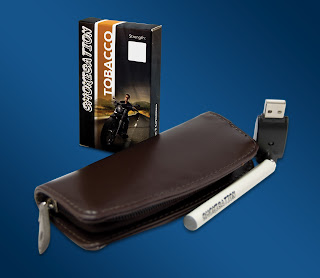